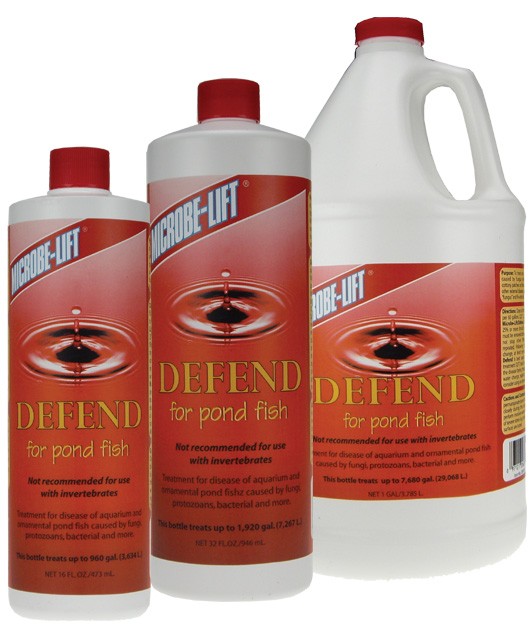 Use Microbe-Lift/Defend For Pond Fish. Not recommended for use with invertebrates
Treatment for disease of aquarium and ornamental pond fish caused by fungi, protozoans, bacterial and more.

Use Microbe-Lift Defend to control, prevent and treat diseases of ornamental pond fish caused by fungi, protozoans, flukes and bacteria.

Warning:
Do not use MICROBE-LIFT/Defend with any other medications or treatments.

Purpose: To treat and prevent diseases of fish caused by fungus infections (typically whitish, cottony patches on fishes’ skin and/or fins), and by other external diseases caused by bacteria (mouth “fungus” and fin-and-tail rot) or protozoans (“ich”).